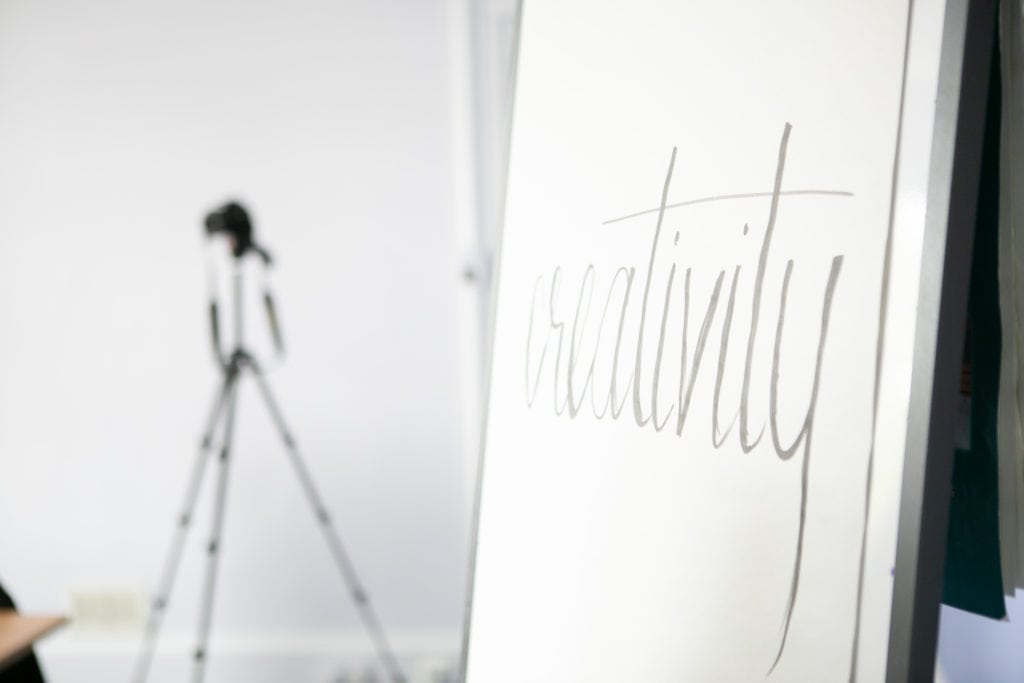 It’s a lie that we don’t have time.

We absolutely have time – for what we decide is important, and worthwhile, and are comfortable doing.

When we avoid things, we’re usually:

Recording videos is the number one marketing task that accountants avoid.

And all of the reasons above apply.

Last week, Ali McGill of Ashton McGill recorded a quick video called “Why do accountants post me stuff to sign?”

It addresses an issue that Ali’s clients have mentioned to him (their previous accountant sent them hard copies of accounts, with tabs, and they didn’t know what they were signing).

It was recorded quickly in Ali’s temporary offices (not perfect).

Ali has shared with us in the PF Marketing Community that he has already signed 3 new clients off the back of this video alone.

See, that last sentence ought to have you rushing off to record a video.

Here are some of the reasons you’re avoiding video, and how to overcome them:

I’m not good on video.

No one is good at video the first time round. I’ve lost count of the number of people who have been doing video for years, who have said that they are extremely embarrassed about their first efforts. People like Andrew & Pete, and Col Gray. But they then said, “Without my first efforts, I wouldn’t be here today. So, I’m glad for those first videos, and I won’t delete them.

It’s going to take a long time to get right.

Doing video is like anything worth doing: there’s no shortcut. No easy way. (Cue “There’s no easy way out” from Rocky IV here.)

You have to try, multiple times. Lots of takes. Laughter. Embarrassment. Even tears. (I kid you not.)

Be encouraged that everyone else is struggling through this too. And if you think about all the accountants who are not shooting video, you’ll realise you don’t have much competition! Isn’t that nice?

It worked for that accountant, but it won’t work for me.

This simply means you’re trying to be someone other than yourself. If you watch another accountant (or any person) who is posting regular videos, you’ll be thinking, “But they’re really energetic/well spoken/funny/interesting” …and then your next thought is, “..and I’m not.”

With video, all you need to do is be yourself. Jason Blumer of Thriveal is a great example of this. They run a Deeper Weekend for accountants every year, and Jason simply turns on the camera and starts talking. You may not have his (awesome) accent, or super cool glasses, but you can turn on a webcam and start talking.

I don’t have time.

Okay we all know that’s not true. Moving on.

I don’t have the right equipment.

Do you have a phone?

(Everything else is a bonus extra – but if you want a list of equipment to buy, here you go.)

I don’t know what to say.

The best way to defeat this one is to start talking – with a camera pointed right at your face. The single best way to figure out what to say is by saying it…and you’ll figure out very quickly whether you’re getting your point across or not.

I’ve done this hundreds of times. Opened Camtasia, switched on the webcam, clicked record, and then said things like…

(Me: Goodness sake, Karen, don’t you know what your title is?? Go again.)

(Me: These are literally what underpin our company Karen. Pull yourself together.)

Oh – and if you really, really don’t know where to start (literally no video topics in your mind), read They Ask You Answer by Marcus Sheridan. You’ll have a massive list before you’re done reading the book.

It’s not worth it.

If you genuinely do not see the value in video, and don’t want to, that’s fine. My only question will be, ”How’s that working for you?” (And also…why are you reading this post?)

The reason I don’t have hundreds and thousands of great video success stories to share with you is that accountants are still avoiding it.

I’m nervous of what people will say.

This one is fair enough. For your first video (or first several months of videos), it helps if you know you are sharing them with a safe, supportive community who are not going to mock you or post hater comments or something else equally terrifying to you. For the record most people will simply ignore it – hater comments are for those who share truly edgy or controversial topics – but even that might feel discouraging to you right now.

The best place to share them is our PF Marketing Community Facebook group. There are only accountants in there – only, and exclusively accountants. Some of them are doing video, some are not, some are terrified, some wouldn’t dream of it. All of them will support you and quite frankly probably be envious of you for doing what they’re still a little nervous to try. (We have no haters in that community, but if we ever get any, I’ll block them from the community for you. I promise.)

It doesn’t matter if you personally like or don’t like video: marketing is not about you. All that matters is, do your clients like it? Will your prospects watch it? Are they choosing to watch video content instead of reading?

My team won’t be on video.

This excuse comes up all the time.

“My team won’t get their photograph taken.”

“My team won’t use social media.”

In my experience, the reason your team doesn’t like or doesn’t want to do these things is that they joined a firm with no expectations it would be like that. Or they’re a little stuck in traditional ways, and you need to bring them out.

It takes time to get the team on board, but the single best way to encourage them to do what they fear is to show a good example and do what you fear. Talk to them about how you didn’t want to, either. About how you were nervous or scared or worried, as well. Share with them the great stories and the bloopers and the mistakes others have made to encourage them that it’s not an instant success story, but it takes time. Involve them in content marketing training. Send them to training courses and content marketing conferences and social media events.

Help them see how the photos and videos and social are going to fit within the big picture, the whole-firm strategy, and how they as team members are absolutely critical to the firm’s success.

Top tip: If you’re struggling to get team members to get their photograph taken,tell them they have two choices: they can 1) get a photograph taken, or 2) get a personal video recorded. (No other option.) Almost every person will at a minimum choose the photograph, and you might have a few brave souls record a video. (I’d suggest you be a brave soul as an example.) It’s a place to start.

I tried it, and it didn’t work for me.

Perhaps you’ve tried a few videos. You recorded one, posted it to YouTube, and…nothing. No clicks, no comments, no 3 new clients in a week like Ali.

“Clearly video doesn’t work,” you decided, and went back to what you were doing before.

When it comes to content marketing, it’s the combination of all the elements that makes it work. Ali’s video didn’t work simply because he hit a great topic that many of his prospects were annoyed about (although that’s a big part of it). It worked because in addition to his videos, he’s recently rebranded the company, launched a new website, delivers a regular podcast, listens to his clients, has the video equipment he needs, and tries new things. He’s got all the traits of the entrepreneurial accountantthat I talk about in that guide.

If video isn’t working for you, it’s likely you haven’t stuck at it long enough, or there are other foundational marketing elements you need to address.

What are you missing out on?

For example, last week I shared in our Facebook group that I am giving away a completely free ticket to CMA Live (which is THE content marketing conference I recommend accountants attend).

All you have to do to win the ticket is record a video for a few minutes saying why you would like to attend.

To date, I’ve gotten zero videos sent in, and the deadline is today.

It does reveal something to me. Accountants are still putting content marketing on the back burner. Still waiting for it to prove itself. Still holding off on video (as well as other kinds of content).

If that’s working for you, and you have more leads (of the right kind) than you know what to do with, carry on.

If it’s not, I strongly recommend you start facing the excuses, and get some video recorded. You can always send it to me and ask me what I think. I’d be glad to give a few pointers and remind you as well that my videos are far from perfect, too!

We’re all in this together, and we’re all imperfect together.

See you on the other side of the screen!