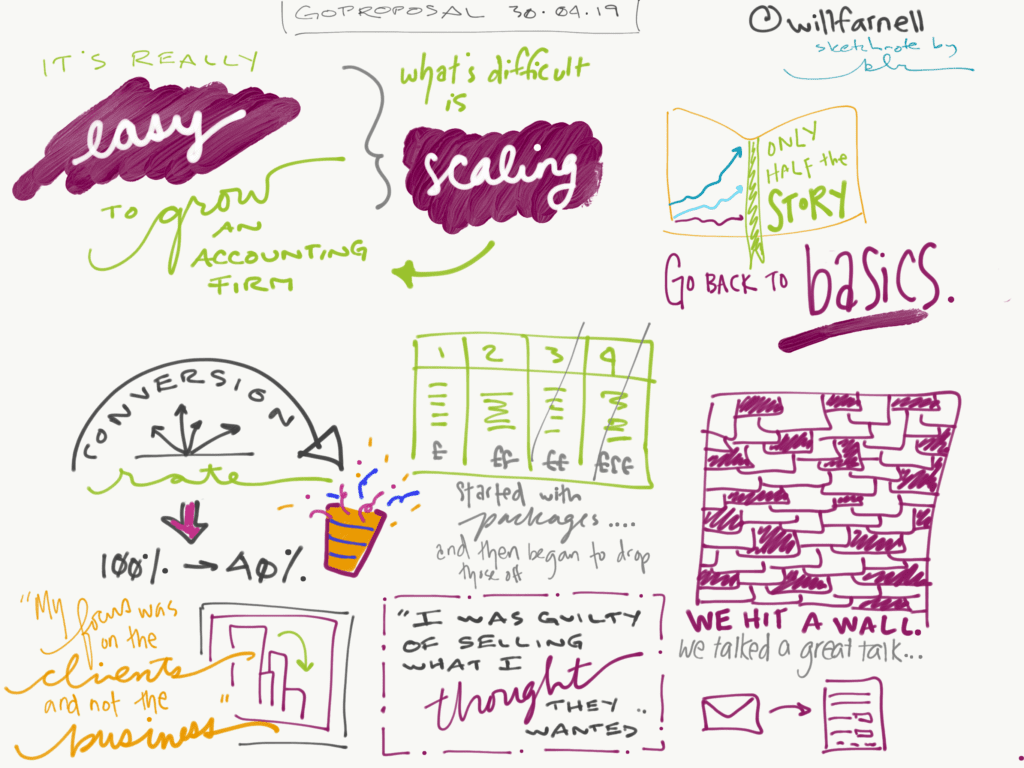 I’m so tired of hearing success stories with a little one-liner to hard times. “I lost three businesses, was 100k in debt, and THEN I TRIUMPHED and am the raving success you see now.”

That’s not a story: it’s an ending.

(And it’s not even a true ending, because they’re still going.)

This week I had the privilege to be at the GoProposal Growth & Profit Masterclass in London, at which Will Farnell was speaking.

I’ve heard Will speak many times on the concepts within his book about the ten elements of a digital firm, and presumed he was speaking on that again.

“No, this time I’m just telling my founder’s story,” he said. “The story behind the story that the world sees.”

That got my interest. As a business owner i know about working on keeping the balance of showing a good face to the world, and dealing with deep business issues or personal demons at the same time.

I’m a big fan of vulnerability. Telling a little more of the hard things here and there so it doesn’t look like everything is perfect.

As I’m doing that, I’m discovering you have to be wise with your vulnerability. Business goes up, business goes down. You have good days, you have hard days. You have amazing days. There are times when you literally feel you’re on top of the world and no one will catch you.

Vulnerability doesn’t mean telling everyone everything all the time.

That would be a false picture, too.

It means being honest about how hard things are (or were), at the right time.

Some things just don’t need to be shared. I’ve had some business experiences I could share and be honest and vulnerable and open…but in terms of usefulness it would probably end up sounding like a complaining session about someone else or something else or hard things that happened to me.

So when Will got up and told his story, he told it 1) to the right people and 2) at the right time.

He was in a trusted group of accountants who know him and his business. They were there for a full day and the stage had been set earlier for them to be honest with themselves and each other – and the speakers were showing an example of that too.

And Will is now a little further out the other side. He would be the last person to say he’s “arrived” (if you think you’ve arrived there’s usually a cliff coming up), but he’s learned a lot from failures and mistakes, and now he had the opportunity to share some of those.

When you share mistakes and failures and difficulties – with the right people, at the right time – trust is built in a deeper way. They appreciate the pain behind all the good things, and they don’t put you up on a pedestal somewhere, as if everything got handed to them on a platter. They stop making excuses in their own business, because they realise hard things happen to everybody.

I won’t share all of Will’s failure stories here (they were for the group), but some of the things he said which stood out were:

“It’s really easy to grow an accounting firm. What’s difficult is scaling one.”

This is so true – and not only for accounting firms! We’re in the middle of the scaling process at PF, and i tell you what this stuff is hard. Will calls it “de-Willing the firm” (so it’s not dependent on him), and we call it “Karening up” our business. We’re going to take everything Karen knows and share it out to the whole team…and in doing so they’ll bring their own skills and talents and approach to the table, making them way better than I could ever be solely on my own. And this requires daily, continued effort. Every day I’m working with team members on approaches to meetings and emails and client questions. I’m reviewing content and directing the team in the why, not just the how. They’re taking responsibility for priorities within the business. Growing is easy: scaling is hard. True story.

Having a high conversion rate (or a prospect who signs up for something with your firm) seems like a good goal. And at first it might be. But it’s also true that you don’t necessarily want a 100% rate, because that means you are literally taking everyone. Never saying no. Always saying yes. Accepting any prospect, any client, any type of business, any fee. Reducing your conversion rate can be the best thing that ever happened to your business, as long as it results in higher profits. (Which it did, in Will’s case.) “I was guilty of selling what I thought they wanted,” Will said. Rather than really listening to what they actually wanted and needed, which his team now does.

“We hit a wall. We were going about a hundred miles an hour, and a wall was coming. And we hit it, full force, without slowing down. It hurt. A lot.”

There was one point, Will says, where the firm was driving forward at really top speeds. Everything was moving forward, more people were being hired all the time, clients were signing up right and left. They were on the motorway making great speed. And then they hit the wall. There were a variety of reasons for this wall, which Will went through – but the important thing was that they stopped, recalculated, adjusted, and started moving again with the right things in place. That’s hard to do – and Will’s admission of “It hurt, a lot” is so honest. Something we can all relate to.

“Why would you only communicate 7%?”

Email communication covers only 7% of the total available. Just the words. No tone of voice, no body language (both of which make up the remaining 83%). Will said he realised they were primarily communicating with only the 7%, and they’re working on more phone calls and video calls as a default. I’ve noticed the same recently – emails or messages are great for sending a link or some info you were talking to someone about. But for real communication, a phone call (which brings you to 45%, words and tone of voice together) is more powerful. Even more so is a video call or face to face meeting (full 100%, with words, tone of voice, and body language).

What are some of your walls, your fails, your difficulties?

Some of mine have been…

Looking over even those ones reminds me of what a blessing each of those mistakes has been in my life. I would not be the business owner and person I am today without them, and countless others which looked like disasters at the time but were actually working to help build something far better.

I’d love to hear a few of yours. 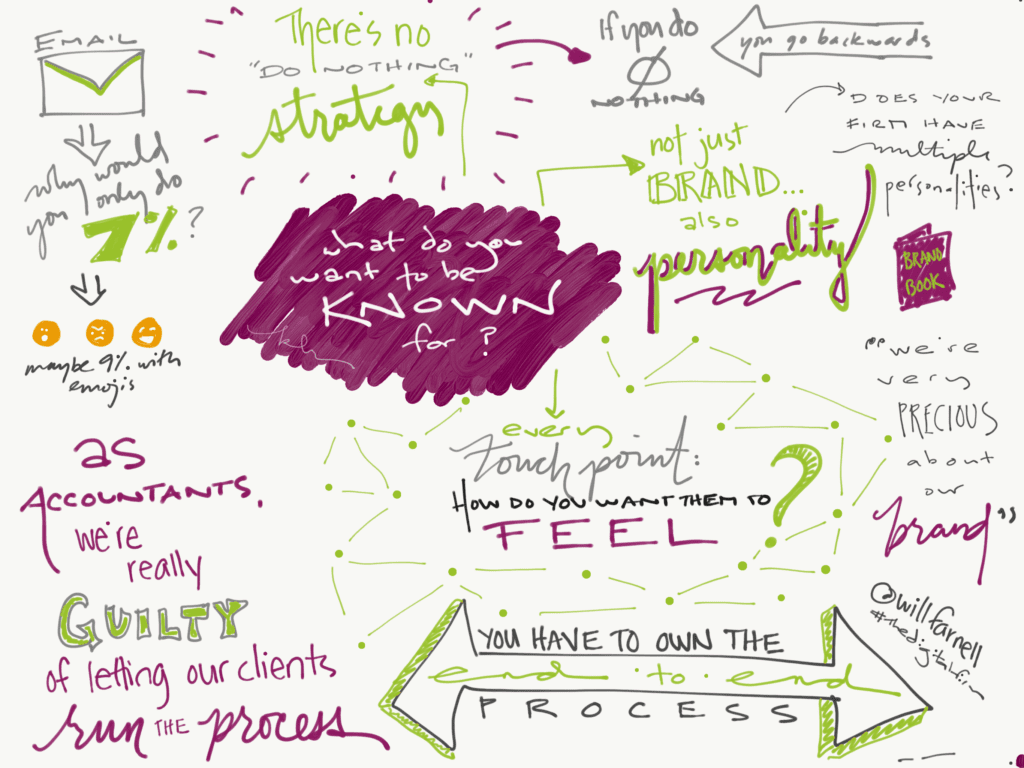