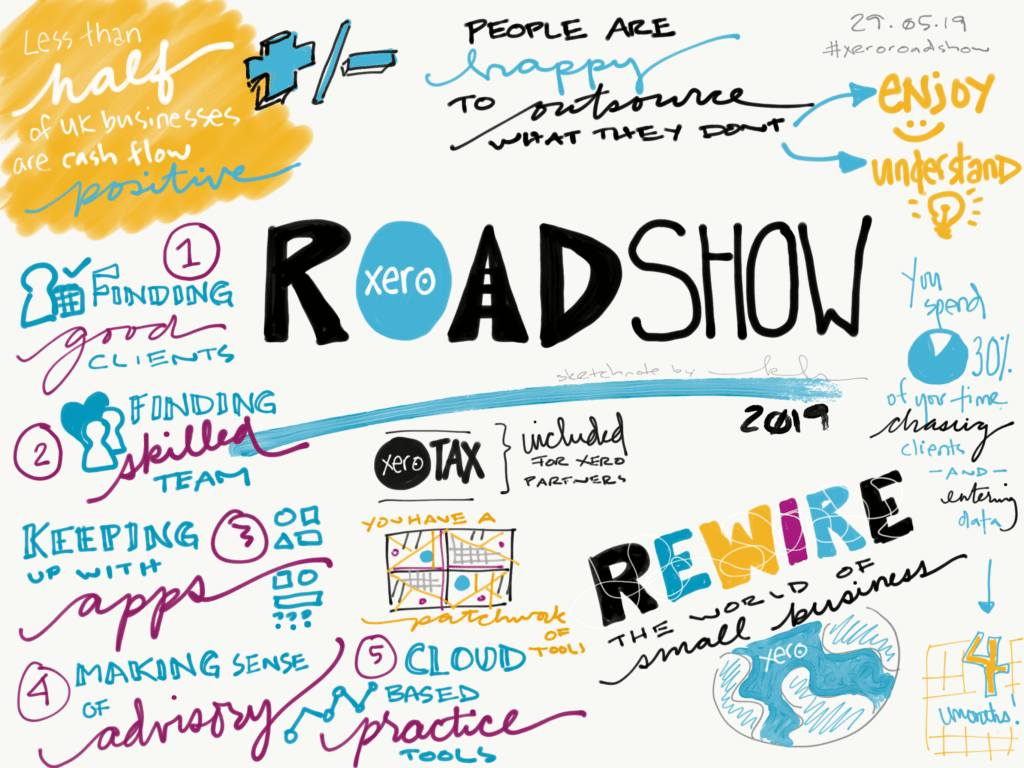 This week I shared a tweet which got (so far) 62 likes and 18 retweets, which for me puts it as the second most popular tweet I’ve ever put out there.

The front runner still (and possibly always) is the famous Harry Potter tweet which I shared from Kings Cross (with over 202k views, 1042 retweets, and 4687 likes).

That was a nice feeling, but that one wasn’t exactly to my target market. I think I had three or four lovely conversations with accountants who either like Harry Potter, or they tolerate it because their children do.

What makes the Xero roadshow tweet so compelling that it rises higher than all the other ones?

Was it because I…

Some of those may have contributed, but the truth is, you can’t break one social post down from the sum of its component parts and try to create The Greatest Tweet of all time. (Or whatever social post.)

Every tweet that has been more popular than others has been a little different. Different locations. Some with pictures, some with video. Some including a sketchnote.

But what you can do is look for patterns.

All of my most popular tweets…

It’s also important to recognise the impact of consistent social posting (and all the other marketing) which continues quietly in the background, impacting these things.

On the day of the Xero roadshow, I was sharing photos of my journey on instagram and twitter and facebook. I posted multiple sketchnote images. One of my clients was sitting next to me and took a video of me doing the sketchnote live, and she shared that.

I’m also a fairly prolific writer. I put out blogs and emails and social posts on a daily basis, and I’ve been doing that for seven years, since I set up PF.

Many of my clients want to know how they can get seen. How writing and sharing and posting “feels like yelling into the wind”, as one of my clients put it the other day.

The only threads I can see are:

Oh, and most hilariously, when I did the sketchnote, I was dashing it off so fast I wrote that “You spend 70% of your time chasing clients and entering data”. I was literally typing it out to share with the whole world when I stopped and thought, “I feel like that’s a really really big number – maybe too big. Let me check.” I checked and it was 30%. I remember Dhan (who was presenting) saying it was the equivalent of 4 months out of the year….which is definitely not 70%.

You can even see it in the time lapse video if you watch carefully….there’s a few sections where I’ve written 70%, several times, and right at the end I scribble it out and fix it to 30%. WHEW. Close call! Imagine my really popular tweet because I got the stats wrong!

Oh – and feel free to share or comment or retweet this particular tweet…..but only if you really like it and find it interesting! Shameless plugs, I find, don’t work so well. What’s your percentage? Is 30% of your time (4 months of the year) going to chasing client info?