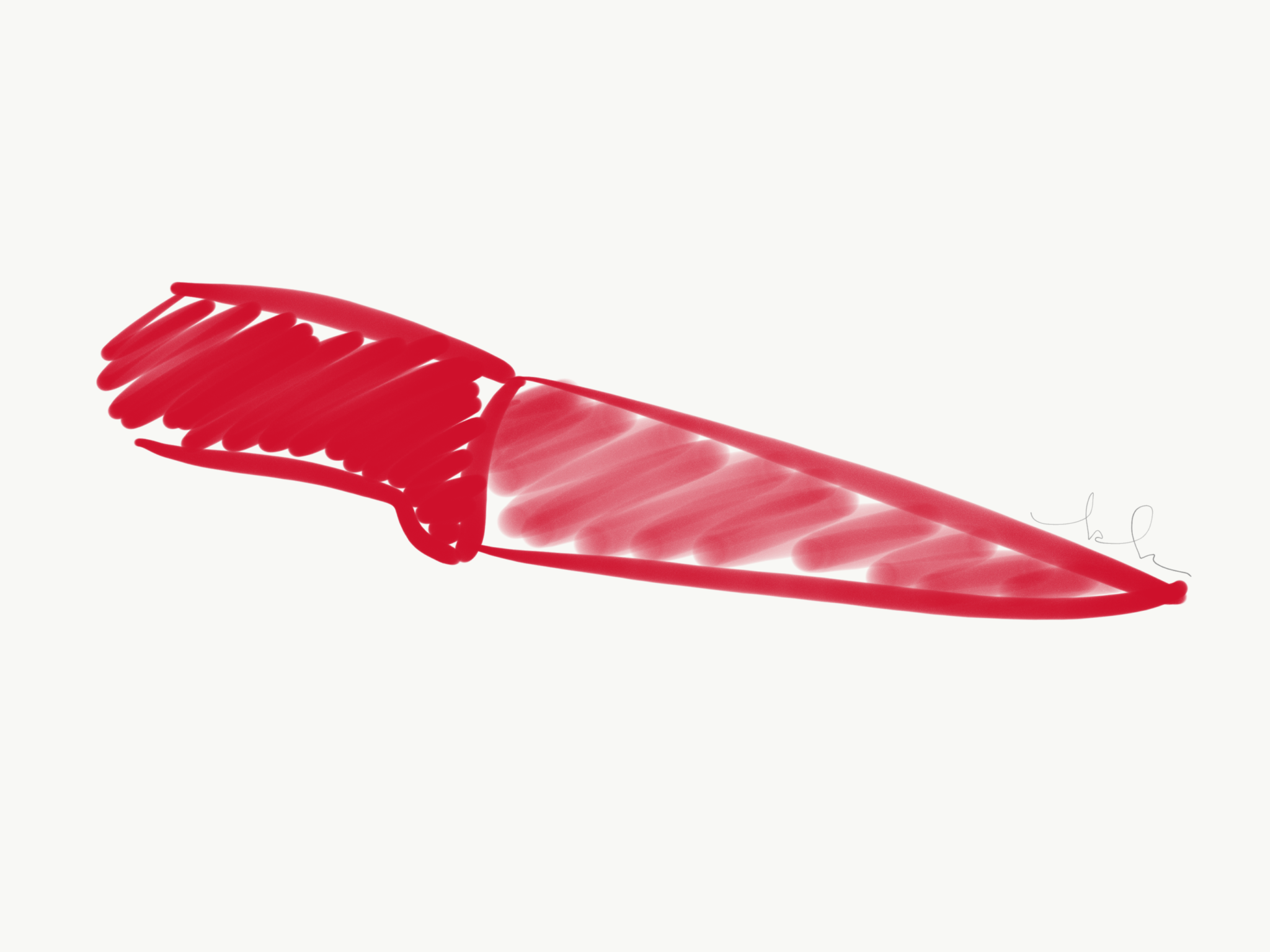 You know what’s more dangerous than a really sharp knife?

This week I was chopping walnuts with my favourite red kitchen knife, which my sister gave me for Christmas years ago. Probably more years than I even realise, because lately it hasn’t been chopping as cleanly and I kept thinking, “I’ll need to replace that soon”.

At first I didn’t replace it because covid (literally not spending any money on anything), and then it was because I was spending money on other things (like going to the scottish highlands and buying new Nike trainers in custom PF colours). Then simply because it didn’t seem important enough.

And then on Wednesday the knife slipped and I sliced into one of my left fingers, right at the cuticle. It wasn’t as bad as it could have been, but it did bleed a lot and made it difficult to type when I had this big plaster on it.

So, a new set of kitchen knives have been ordered, AND I’ve backed a kickstarter for one of the coolest knives I’ve ever seen, called BARE knives. (It literally looks like something the dwarves custom crafted for Bilbo’s kitchen.)

But it got me thinking about how dangerous a dull knife is. You’d think it would be the sharp knife – because of how quickly and seriously it could injure you. On reflection though, my dull knife was even more dangerous, because I didn’t think it would or could hurt me that badly.

True, i didn’t lose a finger or anything (which I’m slightly nervous about with the LOTR knife up there), but I did appreciate the reminder that if you’re going to do something, do it well.

If you’re going to get a kitchen knife and use it often and be cooking every day, get a really good high quality knife which will do exactly what it’s supposed to do – chop walnuts or slice tomatoes or dice chicken or whatever. A dull knife will not actually do that well, AND it is more likely to slip off the food it’s supposed to be chopping and cut you, instead.

The same goes for a lot of things.

“If you think a professional is expensive, try hiring an amateur.”

Of the three areas good, fast, and cheap, you may only have 2 at a time (not all three).

We’ve all been there. When I bought my house, the hot water boiler had been put in a few years ago (he said). I’m not sure what “a few years” was, but within a year my boiler was shutting off randomly, and it caused all kinds of trouble.

Finally I gave up and bought a brand new boiler (including insurance) and miracle of miracles had hot water whenever I needed it, and heating in the house.

The same thing happened with a filling which fell out of one of my teeth. I’d had it since i was a teenager, so it was no surprise. I got it “taken care of” at my local dentist, one I’d only seen once or twice. Then I had to go again. And again. More pain. More and more pain. Relief for a little while, then it fell out again.

Eventually I asked for recommendations for a really, really good dentist – knowing they might be very expensive. But it wasn’t just the money: I was tired of wasting time. Being in pain. Never knowing if I could bite down on something or not. Waiting and waiting and waiting for appointments, and being disappointed again.

And I went to a private dental practice who not only sorted out my one filling, but a number of other fillings which were put in around the same time so would have started causing trouble later if we hadn’t caught them earlier.

And now I can just eat food and drink hot or cold drinks, like a normal person.

I spent a lot more on a new boiler than on the little piddly amounts here and there to get the old one “fixed”. (And I’ve still got wonky countertops as a result of the old leaking boiler, and those are going to have to be fixed, too.)

I spent a lot more on a private dentist than on the local NHS one. But it was worth every penny and then some, because if you can’t eat, it makes the rest of life pretty hard.

Someone who doesn’t fully and completely know what they are doing, with experience and success stories, is the dull knife. They don’t cost as much, and it seems like things are okay, but you never know when things are going to slip and you get hurt.

As accountants, you know this only too well. Every client we have has told us stories of business owners who came to them with the scars of the dull knife. Tax bills they didn’t know they had to pay. Lost business because of bad advice. Confusion and frustration and lost time.

The really good accountant with experience, success stories, a clearly defined process and pricing, a good team, and a good life balance is the sharp knife. Yes, the risk could feel higher, and the cost is definitely higher. But you’ll do what they need you to do – like the sharp knife, what it’s actually supposed to do – and there’s far less chance they’ll get hurt.

Be the sharp knife.

Get Karen’s Notes every Saturday 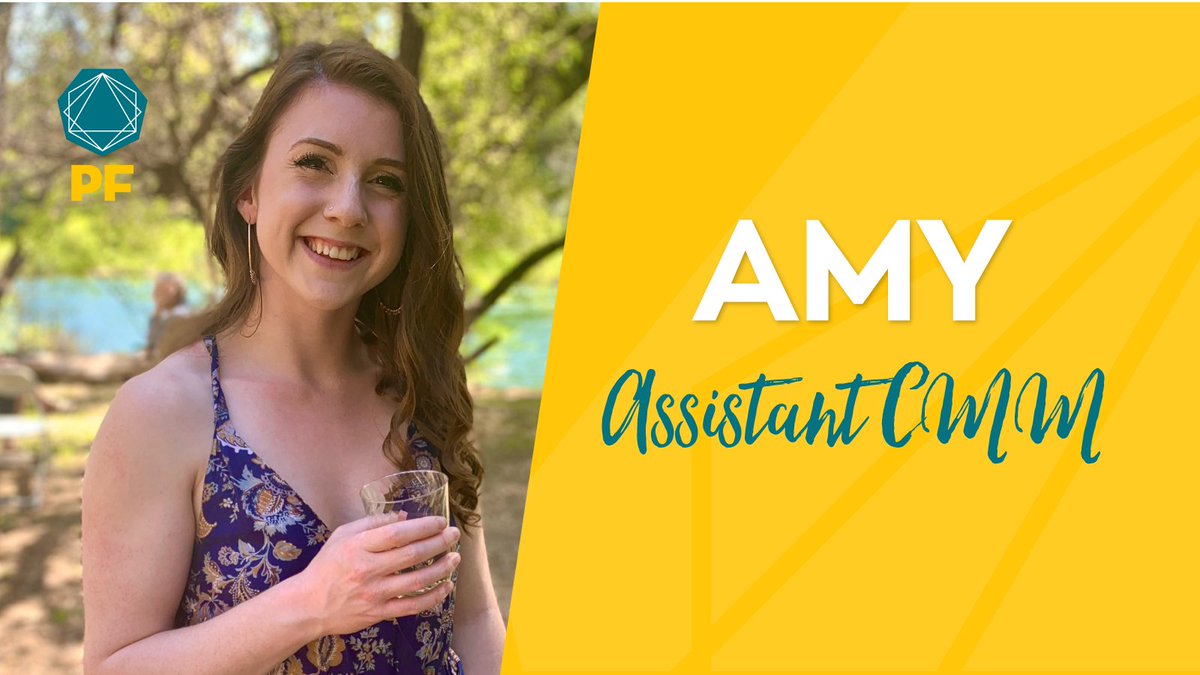