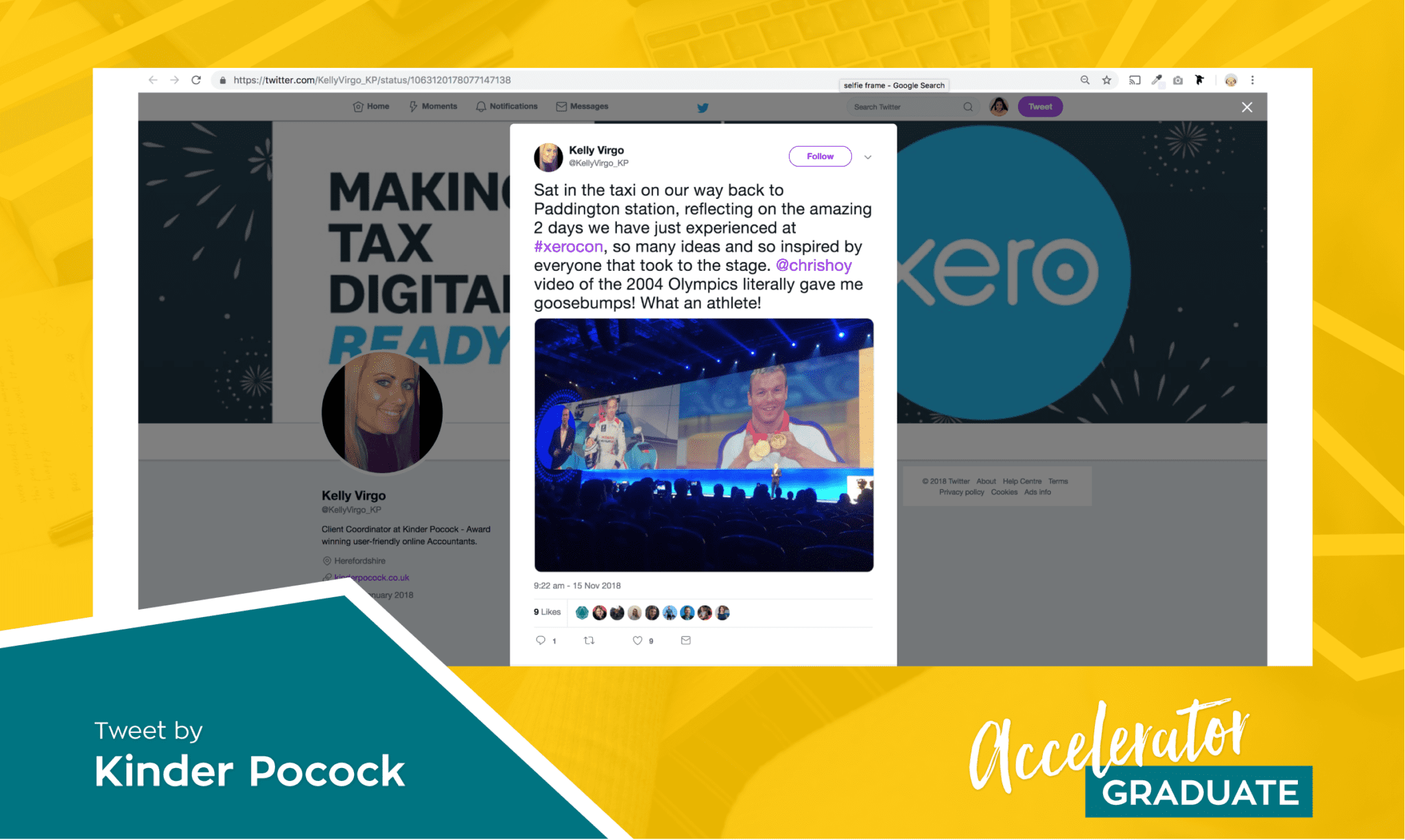 One of the key metrics to track when it comes to your firm’s Twitter is the impressions. These will show you the total number of views of your post has had…but what does that mean?

During an Accelerator session, Kelly Virgo from Kinder Pocock shared with us that a recent Tweet she posted during Xerocon London got 8,000 impressions!

Here’s a quick breakdown of what impressions mean, and how to be encouraged and inspired by them. 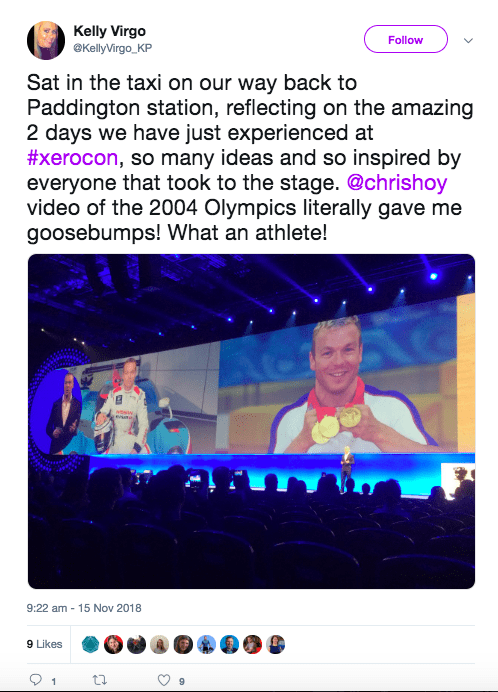 A Twitter impression is the total number of times a post has been delivered to another Twitter account’s timeline: this includes your followers, searches in which your post appears, and views by other people you may not be connected to (but someone you know has engaged with the post).

Do keep in mind that impressions doesn’t necessarily mean someone has actually read the post, but it’s possible they did.

If you’re looking at your day to day posts, this impressions figure can give you a good idea of your firm’s brand presence. You also need to look at the other metrics to get the full picture.

Yes, that number is a high number of impressions! In Kelly’s case she usually has around 200 – 500 impressions per post so this is a record.

You’ll see in the post that Kelly used the event hashtag #Xerocon which will have seriously boosted the impressions since there were around 3,000 people at the event and likely a lot more following what was going on. Kelly also tagged the speaker, Chris Hoy who has a huge following and this will have taken the post even further.

Every firm will have different impressions, so look at what your own stats are and focus on growing these. An ideal post will have high impression numbers and also high engagement. When you look at these two areas you’ll see that your post is getting out to a wider audience but if people are engaging too (liking, sharing, re-tweets, commenting) then it shows you the content is relevant to your followers.

If you have a high impression number but low engagement number then it’d be a good idea to make a few changes (one at a time) to your posts.

Tip: You’ll not always get these two metrics balanced, but by keeping an eye on your stats from from the start of the month, to the end, you’ll be able to tweak as needed to keep improving.

So how do I increase my firm’s Twitter impressions?

Talk to the people and brands you follow and that follow you: share your views, be helpful by replying to posts, or re-tweeting some content that’s relevant to your audience or start a conversation. Make a conscious effort to do this daily.

At PF we share a lot of educational articles and content from other people which will be of interest to accountants. We pull together a list of this content each month so we’re consistent, and our posts aren’t just about PF.

The more you interact the wider the audience you’ll reach which means you’ll have higher impressions. You’ll also stay at the forefront of your followers’ minds so you’re constantly in their feed.

This also gives you security when it comes to the Twitter algorithm feed, which ranks content and showcases the best and most popular posts (and content).

As you scroll through your Twitter feed, what stands out the most? The images! It’s far more likely someone will engage with a post when there is an image associated with it (something like 86% more likely).

Have a good, clear, and relevant image along with your content. If you’re sharing a link you’ll automatically get a preview brought through, but it’s not always great quality.

It’s best to attach the main image, and in the correct size for Twitter so it displays well. Every social channel has a different image size requirement.

You seen in Kelly’s post example what a huge impact using the official event hashtag had, and tagging attendees and key speakers. You’ll automatically get exposure to people following the event. This can lead to more followers, and awareness of your firm.

If you are posting about something that isn’t related to an event, you can still look out for hashtags that will help your post be found by those interested in it. For example, Karen’s post about Platform 9 ¾ on the 1st of September at Kings’ Cross had over 411,000 impressions, because she used the hashtag #backtohogwarts, resulting in her tweet being picked up by the Evening Standard and shared in the official Twitter news that day.

Start by looking at your existing impressions, and then give it a try and share your results!For more guidance on social media, and some inspiration for your posts sign up for Ashley’s Social Media Tips.

There's still time to join the PF Lab #community with our annual offer! ⏳ You'll get community, support, learning and the opportunity to share what really matters to you and your #accounting firm wearepf.com/pf-lab